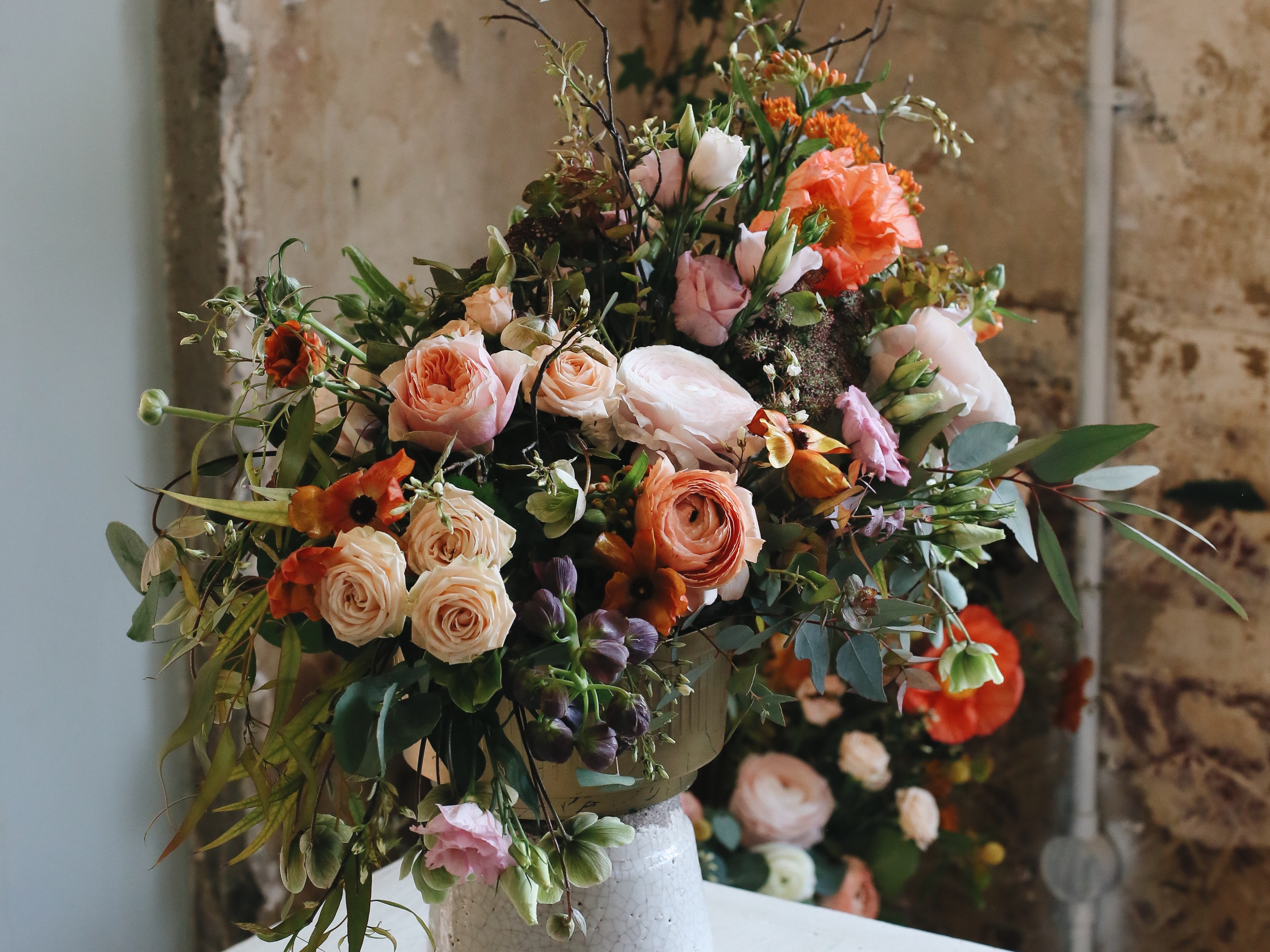 Roses tend to be widely accepted as tokens of love, but have you ever wondered where flower meanings come from? While the use of flowers as a symbol dates back to before the nineteenth century, floriography did not become formalized until the nineteenth century. Dictionnaire du langue des fleurs, the first written list on the language of flowers, was published in 1809 by Joseph Hammer-Purgstall.

Though floriography gained popularity in Europe, it was influenced by Ottoman Empire who used flowers to communicate messages they couldn’t express verbally. In reality, Hammer-Purgstall was assisted by Greek and Armenian women in learning the language of flowers and translating traditional Turkish proverbs into French. When Louise Cortambert published Le langage des Fleurs, a dictionary on the language of flowers, in 1819, flower symbolism became even more elaborate.

Flower symbolism arose at this period because it was the height of the Romantic era when nature was regarded as beautiful and people were highly influenced by their emotions. Floriography allowed a physical exchange of these feelings.

Rose definitions cover more than just love and romance, did you know? Or that the daisy is a sign of purity and innocence? We’ll look at what some of the most common flowers represent, their history, and how they’ve been used in art and literature in this series.

The aster flower has many meanings, but it is most frequently associated with love, wisdom, and faith.

Venus, the goddess of love, beauty, and desire, was envious of the lilies’ beauty. By putting a big yellow pistil in the center of the flowers, she cursed their beauty. Some people equate the calla lily with Venus, and thus with desire and sexuality, because of this legend. Calla lilies, on the other hand, are most often associated with purity, holiness, and faithfulness. It is often depicted in images of the Virgin Mary.

Since the chrysanthemum blooms in the fall, it represents happiness and beauty amid the approaching winter. Chrysanthemums have a variety of meanings, both positive and negative, through different periods and cultures.

Wales’ National Flower is the daffodil. It blooms on St. David’s Day, which is a commemoration of Wales’ patron saint. The faithful rebloom of the daffodil has been linked to David’s faithfulness to his people.

In China, daffodils are also prized. About Chinese New Year, they bloom, symbolizing good luck, prosperity, and wealth. If the flowers bloom on New Year’s Day, it ensures you’ll have good fortune for the rest of the year.

On ten-year wedding anniversaries, daffodils are commonly provided as a symbol of joy, cheerfulness, and happiness. They are the American Cancer Society and the March birth flower, all of which represent hope for a cure.

Friendship, trust, thoughtfulness, and innocence are all common Freesia flower meanings. They are a popular flower among different cultures and are a popular gift for friends and family.

Gladioli were once synonymous with gladiators in Rome. Gladiators are said to have worn gladiolus corms around their necks during fights to help them win and shield them from death, according to legend. Gladiolus flower sense is strength and integrity because of their association with gladiators.

Infatuation is also represented by them. Because of the pointed form of the gladiolus, the giver is sending the message “you pierce my heart” to the recipient. Another sense of the gladiolus is remembrance.

From sincere emotion to appreciation to boastfulness, the hydrangea has a broad variety of meanings. Each meaning is focused on a variety of cultural values and stories.

Iris is a flower that symbolizes knowledge, hope, trust, and valor. Its definitions have been modified to suit different cultures and it can be found in several temperate zones around the world.

Throughout history, the meaning of the lilac flower has changed. Lilacs are a common part of Mediterranean culture, having originated in Southeastern Europe. They’re often associated with Easter, which falls at the height of their blooming season.

The meanings of lilacs vary across cultures and periods.

Since the peony has historical and mythological significance, it is associated with a variety of meanings and symbols. Romance, wealth, good fortune, a happy life, riches, honor, and compassion are all common peony meanings, but peonies may also mean bashfulness.

Love and romance are the most common associations with roses.

Stock flower meanings include enduring beauty, a happy life, and a contented existence due to their long-lasting blooms and spicy clove-like fragrance. Gillyflowers are another name for stock flowers. The term “gillyflower” can be misleading, since it was applied to a wide variety of fragrant flowers from the fourteenth to sixteenth centuries, including carnations, wallflowers, stocks, and pinks.

The sunflower is most frequently associated with adoration and loyalty owing to the myth of Clytie and Apollo. Sunflower meanings, on the other hand, differ from culture to culture.

About Us
My Fair Lady is aspired to become a trend-setter that make flowers giving a 360-degree turn by bridging traditions with innovation. With a splash of creativity and innovation, we can make flowers giving beas chic and trendy, or as elegance and poise as you desire it to be, spicing up your special occasions, festive celebrations and various events throughout the year.
Links
Promotions
My Account
Privacy Policy
Terms & Conditions
Contact Us
My Fair Lady : Florist & Decoration Malaysia. All Rights Reserved
Follow Us
0
0
Your Cart
Your cart is emptyReturn to Shop
Continue Shopping
Whatsapp Us